Notify me when back in stock

Cinnamon has historically always been a highly prized spice used for medicinal and culinary purposes though you need to ensure that you are always purchasing Ceylon cinnamon not cassia.  Ceylon cinnamon is known for its outstanding health benefits including anti-oxidant, antiseptic, anaesthetic and anti-inflammatory properties.

Be The First To Review This Product!

Help other Just Health users shop smarter by writing reviews for products you have purchased.

More From This Category 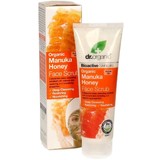